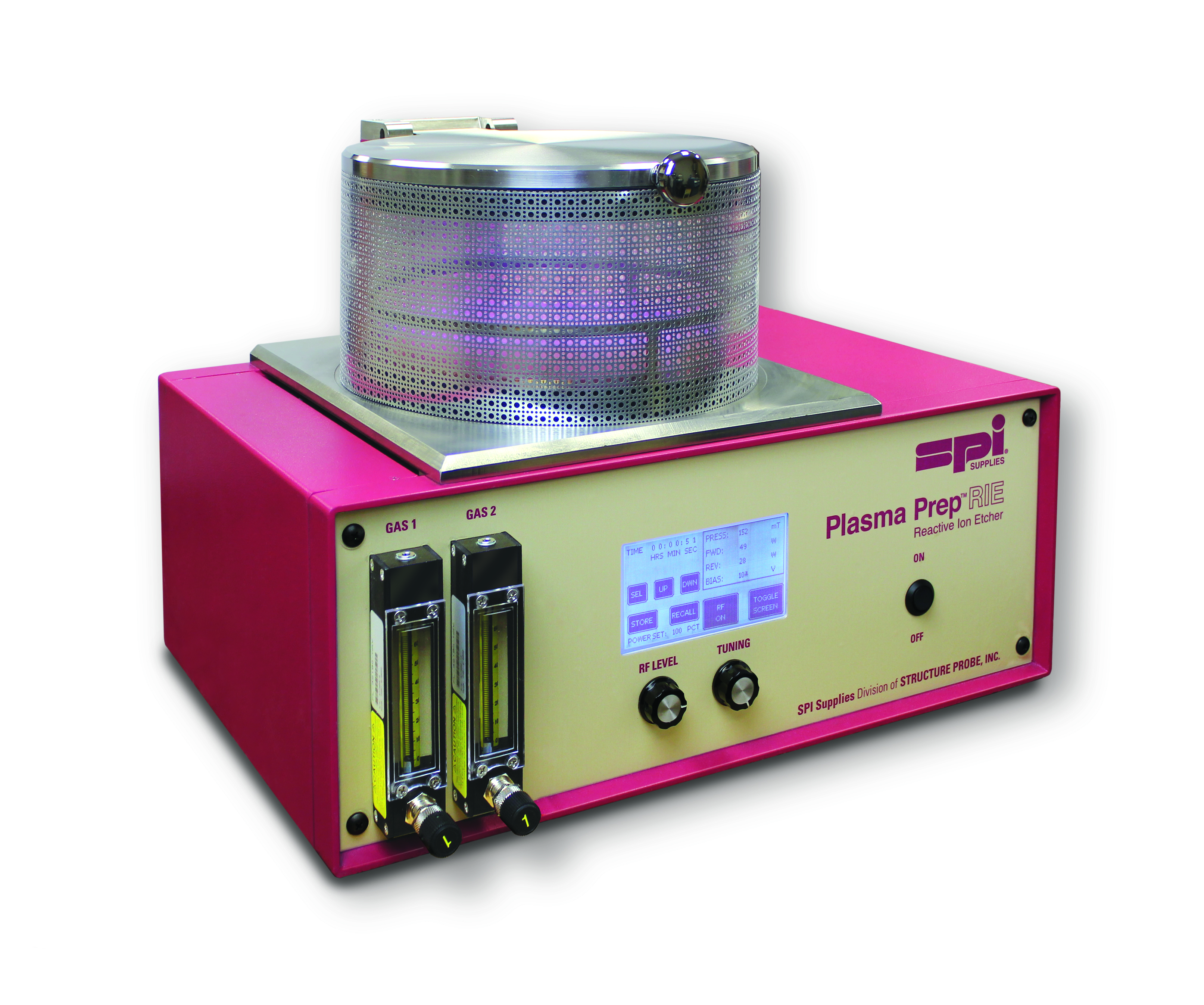 Plasma Prep Reactive Ion Etcher 110 volt with Quartz Chamber (no pump, no recirculator)
This item is not eligible for flat-rate shipping
$36,017.00

Plasma Prep Reactive Ion Etcher 220 volt with Quartz Chamber (no pump, no recirculator)
This item is not eligible for flat-rate shipping
$36,017.00

The SPI Supplies Plasma Prep Reactive Ion Etcher (RIE) is a table-top plasma chemistry reactor designed to provide anisotropic etch plasma technology at a moderate cost. This simple-to-operate instrument can perform repeatable plasma chemical reactions with a minimum of automation. All controls are manually entered into and monitored by a touch-screen interfaced control system which is equipped with automatic monitors and interlock controls to protect the equipment and the samples in the reactor.

Wet etching of samples is not only dangerous, in many cases it causes undercutting due to the isotropy of the etch. The Plasma Prep Reactive Ion Etcher (RIE) uses dry etching to create an anisotropic etch - meaning that the etch is uni-directional.

The Plasma Prep RIE does need a water circulator to operate. One is not included with the system. A simple water circulator will be sufficient for most short-term applications. We would suggest that a small water chiller is used which will provide a reliable flow of cool water, such as the Ultra Compact Chiller.  We would recommend the Pfeiffer Vacuum Model DUO 10M Rotary Vane Pump for this system. For turbo systems, no additional pump is needed.

For general cleaning or etching of samples, where orientation is not critical, we would recommend our Plasma Prep III. For larger samples, 4” to 7” in diameter, or samples where a parallel plate design is needed, we would suggest our Plasma Prep X system.