There may be some variety of different patterns to choose from, but the one thing they all have in common is that they are used by microscopists. Who want to be able to return at a later time to the same identical grid square and to examine a previously examined feature, perhaps even by a different person.

For those doing TEM work and using in their work "index" or "finder" grids, the selection of the pattern is almost more a matter of what one has gotten used to than anything else. Of course for specific types of work one pattern might have advantages over the others. For example, for asbestos work the most widely used grid in the world is the SPI asbestos index grid. But other worker prefer to have the index markings closer to the grid square being examined, and they prefer the "Micron" style asbestos index grid. 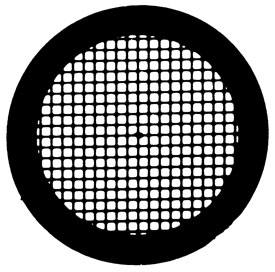