While maintaining the same level of purity as the other grades of HOPG this grade has cleaving properties that are somewhat less than that of the other low grades. Ideal for non-critical work, also the perfect low-cost alternative to the classroom environment and student use. Mosaic angle is 3.5° +/- 1.5°fmease.

Measurement of the Mosaic Spread:

We have been told by the manufacturer that the method used is x-ray diffraction and that for each and every single piece of Advanced Ceramics HOPG that is sold, there have been not less than four different measurements made on each of the two sides. Clearly this level of measurement goes beyond what is done for the SPI Supplies brand of HOPG. We have also been told that there has never been any evidence that there is any difference in the mosaic spread, one side of the plate to the other. 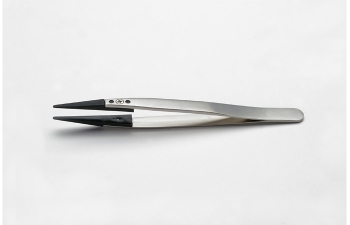