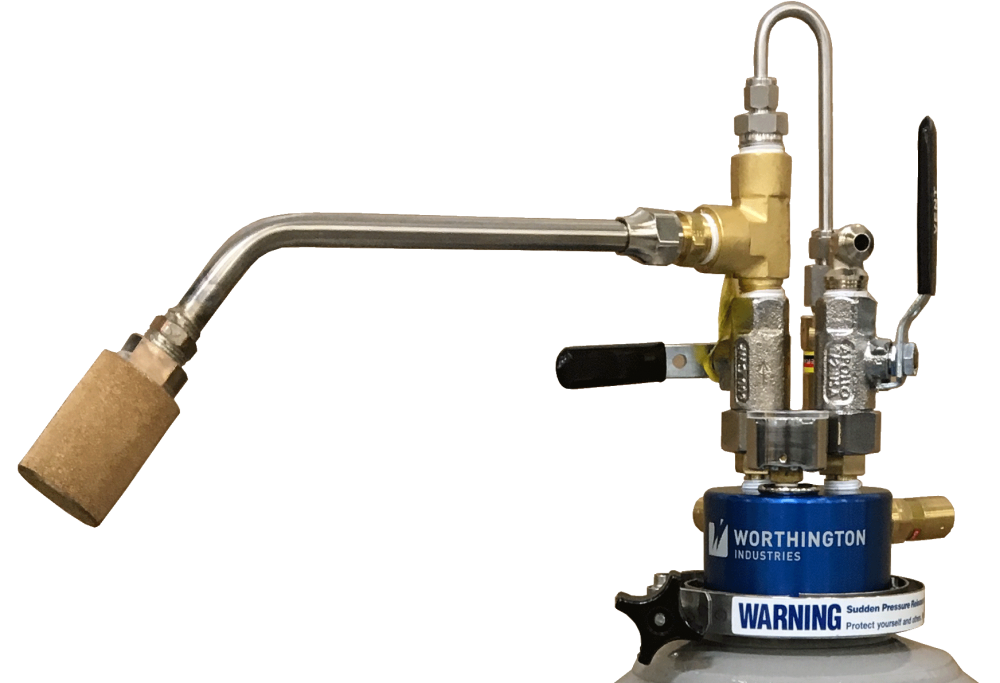 Liquid Nitrogen Withdrawal Device for 25,35 and 50 Liter Dewars made by Worthington Industries
$1,211.28

The SPI Liquid Nitrogen Withdrawal devices work much like a water faucet (water "tap" in some parts of the world). Open the valve, liquid comes out. Close the valve, the flow stops.

If you leave the valve open the same amount of time each withdrawal, then you should expect to get close to the same amount of liquid each time. The difference in the device from the faucet analogy is that the liquid coming from the dewar is pressurized by evaporation within the dewar itself. Therefore, when the valve is opened, the pressure inside the dewar drops. And if the liquid is withdrawn several times in close succession, the amount coming out, for that fixed time interval, would diminish, because of the decrease in the inside-the-dewar pressure.

Just remember that the liquid withdrawal device is designed for use with the 25, 35 and 50-liter dewars. It is installed on the top flange of any of these three dewars, using a V-band coupling with an "O" ring seal. The liquid nitrogen is forced out by the pressure build-up of evaporating liquid nitrogen into the headspace of the dewar. The device comes with a mating flange, about 4.5" diameter, a liquid valve, a fill valve, two small relief valves, a pressure gauge, and of course, the withdrawal tube with a phase separator head. These components are mounted on the flange, the withdrawal tube being mounted on the liquid valve.