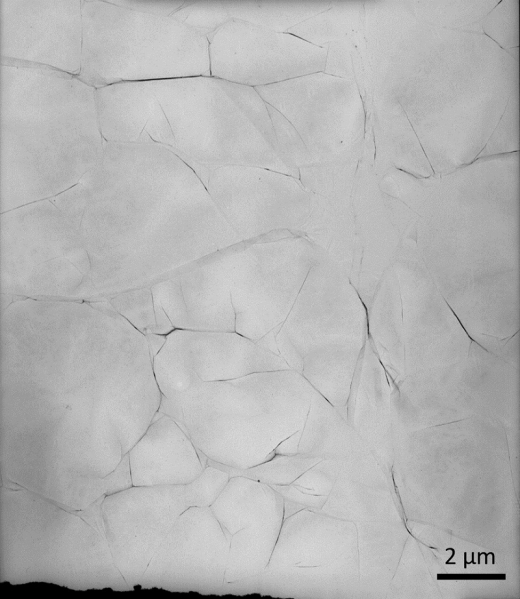 SPI Supplies graphene coated 1000 mesh copper grid is a multi-layer graphene film supported on a carbon lacey film. The graphene films are multi-layered, typically 2-3 layers) with uniform coverage over a large percentage of the grid and having few observed artifacts. Sold in packages of 10 grids.

Graphene-coated TEM grids may be used in both biological and material science sample applications, where the films can be used to characterize the structure of nanoparticles and thin film growth. SPI Supplies TEM support films are known worldwide for their high quality and cleanliness. We have done considerable work to provide a coated grid that can be used as a TEM substrate or support film.