Safety considerations
Solid for safety. The heart of an SPI-DRY™ CPD is a pressure chamber with an integral water jacket for heating and cooling. Constructed from a solid brass cylinder with 1" thick walls, SPI-DRY™ CPD units have a removable access door for the specimen holder at one end and a 1/2" thick optically clear polymethyl methacrylate (PMMA) shield over a 1" thick piece of glass on the viewing end.
If chamber pressure should ever exceed the predetermined safe levels, a special safety membrane ruptures.

What is Included
SPI-DRY CPD includes in addition to the basic unit itself, all required water hoses, a high-pressure Cos transfer hose, the adapter to enable connection between the CO2 hose and the CO2 tank, a spare parts kit, and a boat and tissue basket set. Also included is an easy to follow User's Manual.

Background Information
The technique has been used since 1970 as the preferred method of preparing fragile wet specimens for SEM. The technique of critical point drying is well accepted and is in use worldwide. In more recent years it has found applications in fields outside of the life sciences, including aerogel and MEMS applications.

Operation
A boat-shaped sample carrier holds liquids and covered tissue baskets so that specimens remain submerged. This same boat serves as the carrier for the available glass cover slip and grid holders as well. Close the access door on the holder inside the chamber and an automatic drain in the boat is activated, removing the transfer liquid before the drying run starts.
The system is operated by manually adjusting the CO2 fill valve, vent valve, and drain exhaust valve. Temperatures are controlled by adjust the water temperature flowing through the integral water jacket. Ranges are 0-2000 psi and 0° - 50° C (32° - 122° F).
SPI-DRY™ CPD units can be operated at a heating rate, such that under a set of specified conditions, operation can be at a heating rate of 1 C° / min. The massive nature of the pressure chamber, quite unique among critical point dryers in its design, contributes to a much more uniform heating relative to designs with heaters in the base of steel chambers. This uniformity of heating is generally presumed to result in minimal thermal currents in the pressure vessel, thereby greatly reducing the observed amount of sample shrinkage.

So the chamber itself is actually taken through a "loop" around the critical point. This also indicates how it may be possible for particular problems to occur in certain laboratory settings. If the ambient laboratory temperature is too high, the CO2 is always a vapor and never really resides as a liquid. The way to "solve" this particular problem is to run cold water through the unit so as to cool it down ensuring that, at least at the beginning, the CO2 is going to be a liquid and not a vapor.

The Bottom Line
The units have essentially no moving parts and as with any system of this type nothing really ever goes wrong except for the occasional replacement of "O-rings" and seals. The most demanding of researchers can manually (e.g. carefully and precisely) control the inlet and outlet valves, which means one can also control precisely the substitution of the dehydration agent with the chamber completely closed. The temperature is controlled with ordinary (warm) tap water with an ordinary thermostat-mixer. The ultra-large viewing chamber permits easy viewing of everything that is going on. For example, confirming the absence of turbulence and confirming the level of the CO2 when flushing the chamber. With an all-automatic operation of such a system one loses the all-important hands-on opportunity to precisely control what is going on. The risk of chamber overheating (and over pressurization) is greatly reduced because of the temperature limitation imposed by the use of hot water (instead of an electrical heating element). So the real "bottom line" is that one can certainly pay much more for an automated CPD with features many users won't use, but in our opinion none will ever do a better job in the preparation of critical samples for SEM than these time-tested SPI units.

Comments About Aggressive Solvents
The last few years have seen a dramatic increase in the use of the SPI-DRY Critical Point Dryers in non-life science applications, such as for aerogel and MEMS applications. This usually means the use of aggressive solvents or at least those are more vigorous than the normally used CO2 and alcohol. The SPI Critical Point Dryers are designed to withstand such solvents however, one should be aware of special maintenance considerations. This information might even serve as a worthwhile "heads up" for life science users as well. EPDM seals will stand up to repeated acetone use much better than Nitrile seals.  However, when using solvents like acetone, users should inspect the O-rings and seals on a regular basis to make sure no degradation is taking place.

Safety Considerations
A critical point dryer is a pressure vessel, sometimes referred to as a "bomb". No matter what a CPD unit is called, when pressurized, it is potentially a danger to those around it. Each chamber is pressure tested to levels of pressure that are well beyond those that the unit would be subjected to during normal use. The SPI-Dry units are protected with rupture discs in the event something unanticipated (e.g. an unexpected pressure rise) does happen. As a matter of policy, SPI Supplies offers only this hot water heated design and we do not offer any electrically heated units out of concern about safety issues. If one is confined to the use of hot water, then there will always be a limit to how hot the chamber can ever be heated. 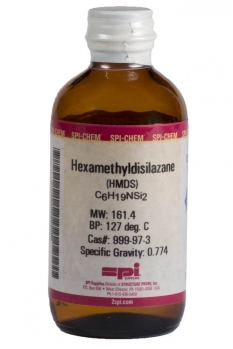