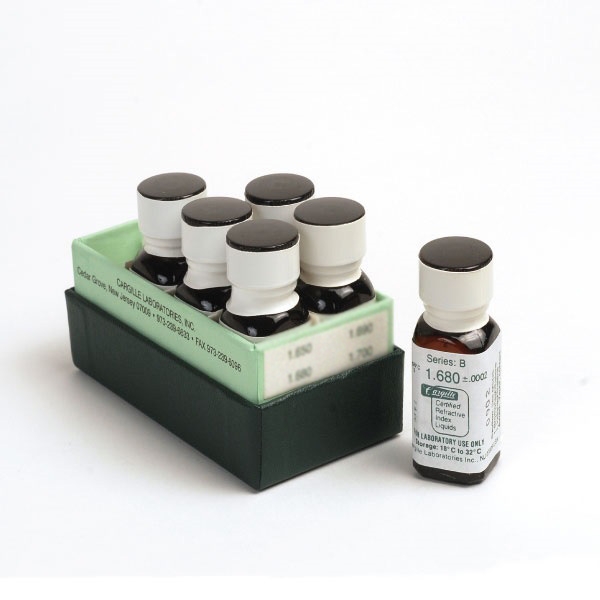 These six liquids are the most common refractive index liquids used to identify most forms of asbestos where using light microscopy/dispersion staining. We combine the common Series E and Series B liquids used in an easy to store box. Replacements can be bought individually.

Cargille refractive index liquids (RIL) are used for particle identification by microscopic techniques as well as calibrating refractometers and other instruments.