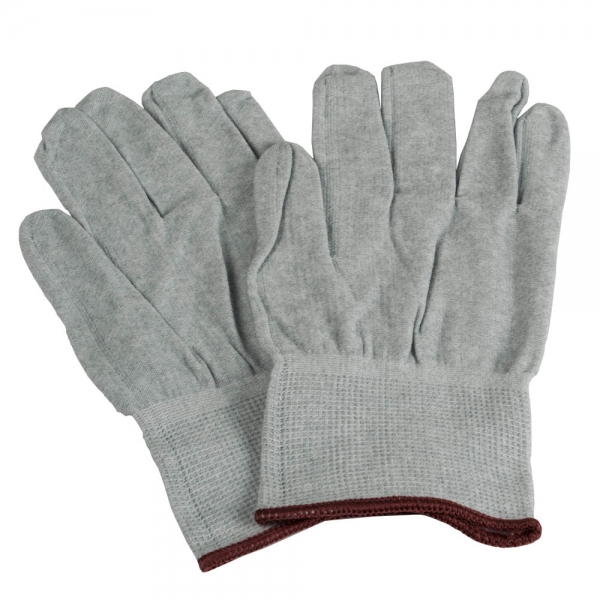 The SPI-Guard™ ESD Compatible Antistatic Gloves have characteristics quite similar to normal nylon lint free gloves but these have the added attraction of being ESD compatible. They can also be used as an "antistatic wipe" as well. Just passing a piece of film through your fingers will completely remove the static charge, which is what attracts dust and lint particles. The knit nylon fabric constructions ensures a good use life. And the special weave that is used permits a wide range of expansion to that the "one size fits all" concept does apply.

Packaging:
Plastic polybasic of 12 pairs each

There are a growing number of instances where one is handling items that can not be exposed to electronic charge such as from a static discharge. Therefore there is the need for gloves that have some element of conductivity, gloves that will not collect a change and cause damage to an object being held. These gloves are made from a specially formulated "ESD (electron static discharge) compatible nylon which are resistant to the kind of charging that causes damage to certain materials. For example, if one picked up a piece of photographic film in a darkroom, and because of static charge collection, if it discharged (e.g. sparked), it would then cause a defect in the emulsion.

Economical to use:
The SPI-Guard™ ESD Compatible Antistatic Nylon Gloves can be washed for reuse and the ESD compatibility characteristic will survive two or three washings. And after that, they can certainly be used as more ordinary lint-free gloves.